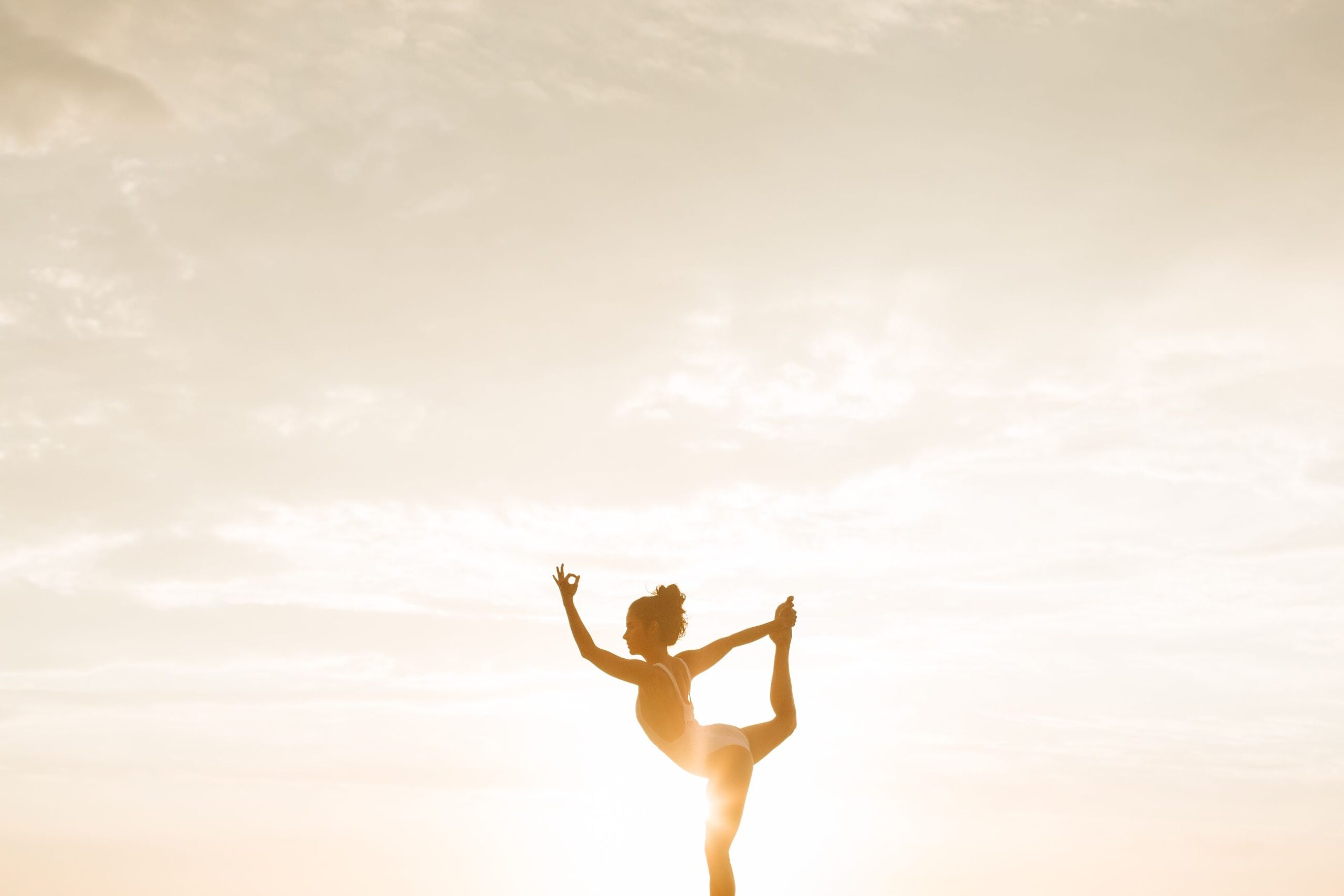 The Yoga Sutras of Patanjali functions as a concise distillation of the entire science of yoga. As such, they contain an immense number of insights pertaining to the nature of the universe, the workings of the mind, and the inter-relationship between these and the body and spirit- each of which could individually form the basis of intense study and investigation, over many years. The sutras themselves can be thought of as a ‘roadmap’ that, when practiced and understood, leads us from ignorance to enlightenment. Whilst valiant attempts may be made to intellectually understand the essence of Patanjali’s Yoga Sutras, direct experience of these truths is required in order to fully comprehend the complexity and paradoxically, simplicity, of this ancient wisdom. This is reflected in Patanjali’s first sutra: ‘Atha yoganusasanam’ (translated as ‘now the exposition of yoga is being made’). In this sutra, we are first introduced to the notion that practical experience, via precise instruction, is required of us in order to develop and grow. The essence of this first sutra can be understood as the difference between wisdom and knowledge. Knowledge only becomes wisdom when our intellectual understanding is tempered by the fire of direct experience, and integrated into the psyche.

Interestingly, the entire process of yoga is ultimately designed to bring us ‘back’ to an awareness of, and connection to, our innate nature. Yogic philosophy is anchored in a belief that beyond all labels and attachments, lies a single, unified, energetic thread that connects all things, all life, everywhere. While ever we are attached to defining ourselves by anything other than this universal energy, we create division between our definition of self and anything considered not-self. This is the basis for the phenomenon we know as ‘ego’. Years of adherence to what Patanjali refers to as the ‘chitta vrittis’ or mental modifications of the mind, creates the chasm between our true self, and our ego identity. Chitta Vrittis can be thought of as circular thought patterns that give rise to ingrained behavioural responses. The repetition of these thought patterns and associated behavioural responses, become so entrenched in the psyche (samskaras), that the individual begins to lose conscious awareness whenever these mental modifications are triggered, and automatically ‘reacts’ rather than ‘responding’ to particular stimuli. The result is a feeling of helplessness due to a perceived lack of personal influence over one’s own life experience, and a loss of connection to the essence of our being.

Fortunately, Patanjali offers an eight-fold path through which the dedicated seeker can restore this conscious connection.  The journey begins with a universal code of conduct known as the ‘Yamas’. The yamas represent a set of principles that lead to an authentic expression of the self. By cultivating a way of life that incorporates non violence (in thought, action, or deed), truthfulness, honesty, moderation, and non possessiveness, a solid foundation is created upon which the true nature can begin to re-emerge.

From here the student is guided and encouraged to develop an approach to life that is conducive to the ongoing cultivation of personal integrity. The niyamas constitute a set a principles that promote a state of spiritual, physical, and mental clarity within the individual. The niyamas require us to be completely honest with ourselves in relation to our lives, accepting personal responsibility for our physical being, state of mind, and spiritual growth.

Having learnt to subdue the ego, and halt the accumulation of samskaras via the first two limbs, it becomes necessary to prepare the body for the extended periods of physical stillness required to access the subtle states of the mind. The various asana, when skilfully weaved together constitute a systematic means through which the body is taken through it’s entire range of movement, revealing and ultimately eliminating tension within the body (and mind). Regular practice of this third limb culminates in a type of moving meditation whereby the mind, body, and breath are in perfect harmony, and the individual is freed from any physical ailments that may hinder their progression toward the achievement of ‘yoga’. Patanjali urges the practitioner to find a balance between sukha and sthira- or strength and surrender in each of the postures in order to maximise the benefits of the physical practice.

The fourth limb of Patanjali’s eight fold path, is known as Pranayama, and refers to the ability of the practitioner to generate and direct the flow of prana in the body, via the breath. By becoming conscious of a breath, the individual instantly becomes present to a moment in time, and it is only ever from here that we are able to influence our future.

Whilst often translated as ‘withdrawal of the senses’, Pratyahara, the fifth limb, is perhaps better thought of as ‘turning the senses inwards’. It refers to the ability to tune in to our internal environment and the subtle states of being, by switching off our receptivity to external stimuli. Pratyahara is the first step to cultivating the stillness required for meditation.

Following mastery of the senses through the practice of Pratyahara, the student learns to focus the mind onto a single point or object. The ability to be truly present, for extended periods of time, requires a huge amount of mental discipline, and it is the cultivation of this discipline that is developed during the practice of Dharana, or ‘concentration’- Patanjali’s sixth limb.

Successful practice of the preceding limbs, creates the foundation for the seventh limb, Meditation. During dharana, the mind is trained to stay focussed and present on a single point or object. Dhyana, or meditation, occurs when the boundary or separation between the observer and the observed disappears, and total immersion occurs between the two. According to Patanjali, the moment the purely focussed mind contemplates an object, it goes to the very depths of that object, and the ‘entire knowledge of that object is revealed to it’.

This last accomplishment, prepares the developing individual for the final step in their journey to reconnecting with the true nature. The eighth limb is known as Samadhi, and refers to the direct experience of union with the source of all that is. Samadhi, is the merging of the ‘individual’ with ‘god’, where the definition of god refers to the fundamental creative life force that supports and permeates the entire universe. This experience is believed to be the ultimate liberation from ignorance and the yogi’s refer to an individual that has achieved Samadhi as ‘jivanmukta’- one who lives, but at the same time is liberated.

Patanjali’s eight limb path is designed to help the individual to learn control of the self, however, life for most people involves various interactions with others. As such, Patanljali also offers four ‘keys’ when dealing with other people. These keys assist in maintaining personal serenity, and are to be applied as the antidote to the four ‘locks’ of life. By cultivating an attitude of friendliness toward the happy, compassion for the unhappy, delight in the virtuous, and disregard for the wicked, the mind is able to remain unaffected and serene. This is the key to living and maintaining a peaceful and happy life.

Whilst the journey of the yogi, is ultimately a personal one, the Yoga Sutras of Patanjali offer a path to self realisation, that is anchored in a truth that is as simple as it is profound: thought creates reality.

If our entire experience is the sum total of our mind’s projection externally, as believed by the yogi’s, then our goal as individuals must be to take responsibility for our creations, raise our level of spiritual awareness, and learn to control our own minds so that we may fulfil our highest potential as human beings: conscious co-creation.

END_OF_DOCUMENT_TOKEN_TO_BE_REPLACED

END_OF_DOCUMENT_TOKEN_TO_BE_REPLACED
go back to the homepage